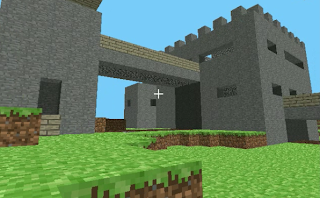 I heard that there was some game developed by a dude that was earning $250k a day. WTF? How can a game make that much money every day? The thing only costs 13 or 14 bucks a pop. Looks like there is a lot of hype out there about the game. And that is a good thing for sales.

So I figured I would try out the game. Now I was not a out to go out and pay $13 for the thing. I wanted to play a free version of it. I went to the web site. The thing had some weird message at the top of the page about the servers being overloaded.

I downloaded an executable. It required Java. So I downloaded and installed Java. Then the game I downloaded said I needed a login. What the heck? I went back to the web page and tried to sign up. Got a user ID and password. Tried again and the game would not accept the credentials. Then I tried to play the game on the web page instead of the one I downloaded. The thing hung my browser. If I have all these problems, I doubt the thing is selling 20k copies a day. Must be a fluke some type of fake propaganda to get sheeple to buy the thing.
No comments: