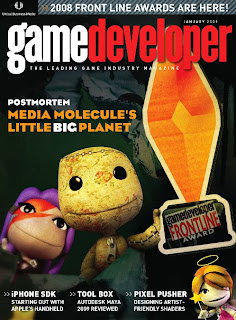 Found a place online that has all the back issues of Game Developer magazine for free. The archive dates back to 1994. I took a peek at the old issues. It was entertaining to read about the old time consoles such as the NES. There was also talk about a lot of companies that are not out of business. Speaking of which, it seems that Game Developer magazine ceased publication earlier this year.

It is really too bad. I thought game development has become big business. Perhaps the magazine industry is the one in a sharp decline. You should download some or all of these back issues at the GDC Vault. Nobbody is sure if these issues will be free or available forever. I know I spent an afternoon downloading a bunch of files. They also include the source code and utilities along with the magazine itself.
No comments: 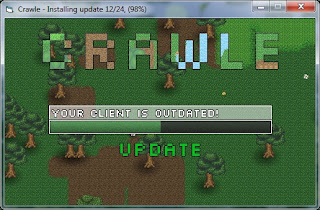 I was reading about a post where an independent developer was getting ready to throw in the towel. Guess game development was taking its toll. I decided to take a look at the game. I downloaded the installer. Then I launched it. Program was installed and I started it up.

Immediatly I received a message stating my client was out of date. What? I just installed the program. Oh well. I let the program update itself. Then I started up the game again. I had to create a world. Then I tried to play, but ended up in the create world menu again. Eventually I got to start playing the first world I created.

At first I could not figure out how to move my character. Then I found that the AWDS keys control movement. I picked up a few items like branches. Kept heading North and got to the end of the island. Then I headed West. It was strange that this demo had a countdown in units of milliseconds. I kept trying to convert the milliseconds to seconds or minutes.

The countdown did not affect me. I walked over top what looked to be a dog (the graphics are tiny). Turns out it must have been a wolf or something. I died immediately. The music was good. Some of the graphics were decent. Just could not get into the game.
No comments: 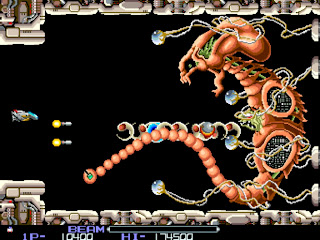 Just finished reading It's Behind You: The Making of a Computer Game. The book was written by Bob Pape. Download a copy for yourself from his web site. Bob tells the story of how he coded a version of the game R-Type for the Timer Sinclair home computer back in the 1980s. I guess R-Type was an arcade game from the 1980s. Although there was a complex employment and contracting arrangement, the game was published by Activision.

This book covers all kind of good stuff. Some of the best parts have to do with the technical details of stuffing an arcade sized game into a small home computer with limited hardware. Other interesting parts involve the employment arrangement Bob had. He worked for some company who had a deal with Activision to write the game. Of course money dried up in the middle of development. Bob did complete the game, and apparently got paid in development hardware instead of cash.

The book also mentioned development of R-Type for other systems such as the Commodore 64. These other development efforts went on during the same time Rob was working on the Sinclair version. The funny thing about the whole situation was that, even though Rob went on to code other games, he exited the game development industry and went on to work in a different industry. You got to read the book to find out more.

I went onto Amazon to buy a print copy of this book. Seems like Bob never published his book in print form. Too bad because the version of the book I read was reading for printing. Might have to pay someone to print a copy out for me. I would love to pass a few copies on to my friends who want to get into commercial game development.
No comments:

I found this super blog post by Matthew Klingensmith on how to implement motion planning. Be warned that his is a long and detailed post on the subject. I found the first few ideas very nice. Then things got a bit complicated. The best part was when he was explaining the theory behind "the bug algorithm". This is a technique for a computer controlled player to get from point A to B if there is an obstacle in the way.

I was happy when reading about the bug algorithm because I realized that I had implemented such a technique when coding up some Angband monster AI. Well let's just say that I implemented a poor man's version of the bug algorithm. I had found that when multiple monsters are trying to move toward the player, they get in each other's way. If I did not code in some smarts to their logic, they would crowd up in a long line. Fail.

But if the monsters could "walk around" obstacles in their way, they could get to the player better. It would look a lot better than the dumb monsters lining up. However I only got around to implementing the monsters going a few positions out of their way to try to avoid the obstacles. The bug algorithm theory let's an AI track the perimeter of an obstacle to get back on the optimal path towards the player. Great stuff I tell ya.
2 comments: