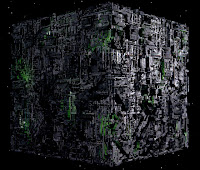 I used to try to game a little time each day to play Angband. But now with finals at school, a full time job, and many books to read, I find I have not played in a while. Luckily a guy on my team is working on a little project. He is trying to create a version of Rog-o-matic that can play all kinds of versions and variants of rogue.

Now I am familiar with The Borg. That was an automatic Angband game player compiled into the game itself. That thing was fast. And it would not die too often. That is probably because it was a very conservative player. It was fun to see how Borg could get a player leveled up easily.

Anyway my team mate is working on some really old C code. He is trying to create a separate Rog-o-matic program that can hook up to an old version of Rogue. He thought he could upgrade the legacy code to C++. Turns out that was a chore. And he still has not connected Rog-o-matic and Rogue successfully yet. Nice little project though.
No comments: