Make Games With Us

Just heard about this company "Make Games With Us". They provide tutorials for you to code iPhone apps. They also hook you up with artists so you can concentrate on the your coding. When you are done, they want to publish your game for. They take a 30% cut of profits in return. This rate applies during their Beta phase.

Makes Game With Us is a two many startup. Recently they got accepted into Y-Combinator. So they got some cash from Paul Graham, and have access to the Y-Compbinator community at large. Their claim to fame is that they made a video using their accents to get into Y-Combinator. Check out their video here.
No comments: 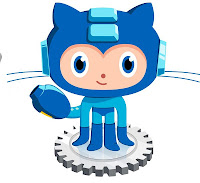 GitHub has announced a game challenge. You have a month to develop a game. What kind of game? Well a game that deals with things you do in GitHub. You know. Make a game about forking, cloning, pulls, and pushes. Top prizes include nicely equipped iPads.

How do you submit your entries? You use GitHub of course. Heheh. I don't even have a GitHub account. I think you can get a small one for free. But what are the chances that I can bang out a top rated game by the end of the year? Well I have done 7DRL entries for the past few years.

One good incentive is that the judges are from game companies themselves. If you can put a game that really rocks, you might just make a connection that could land you a job. Go GitHub.
No comments: 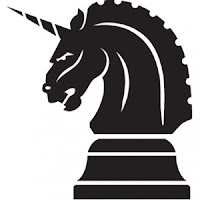 I just watched a video from KIXEYE where they try to recruit developers to work there. To say that the video was hilarious would be an understatement. They parody other games companies such as Zynga, EA, and Kabam. Priceless. Then KIXEYE CEO Will Harbin comes on and give a speech of why you need to join the company now.

KIXEYE was found as Casual Collective back in 2007 by two Flash ddevelopers. They are located in San Francisco. Last year they rebranded their company as KIXEYE, focusing on hard core gaming. They have a couple hundred employees. Apparently they are adding up to 30 employees a month. I saw over a hundred job openings posted recently.

KIXEYE has been in the news when a contractor blogged about the racist environment at KIXEYE. CO Will Harbin said he personally conducted an investigation that resulted in the firing of four employees. KIXEYE is looking at around $100M in revenue this year. They have around 5M users, and make money by selling speed ups in their games. They are unique in that they generte a lot more profit per user than other FaceBook developers.

KIXEYE offers an "unlimited" amount of vacation to employees. They also offer free food. Their FaceBook games focus on real time strategy. It looks like their games are still being developed using Adobe Flash.
No comments: