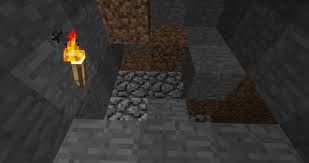 Previously I had implemented dungeon stairs as a portal to the next or previous level. My game engine just generated a new maze when you climbed the stairs. However that does not mimic real life stairs. When you climb down some stairs, the stairs leading back up are right behind you. Well today I implemented this in my roguelike game engine. I was surprised how easy this turned out to be.

I still have one problem when you climb up or down stairs. It takes a long time for me to generate the new dungeon level. After that long pause, the message that you climbed the stairs is displayed. This is very unresponsive. I tried to immediately display the message. However since my code is so busy with new level generation, the message does not get painted on the screen until after the long wait. Need to find a way around this.

In other news, the dates for the 2012 7DRL challenge have finally been posted. It will happen from March 10th to the 18th. I am all in. Although I still have to attend my college class that week, I have managed to get the week off from work. Hopefully this will give me time to produce a respectable 7DRL game. More on that later.
No comments: 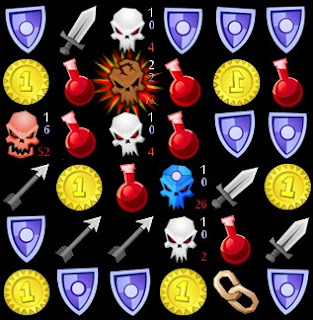 I have been sick for a while. So work on my roguelike game engine had stopped. Today I felt really good. Got a long nap in after work and dinner. I fired up my IDE and took a look at what needed to be done in the engine.

At this point I have enough code that I need to start tracking down some bugs. One nasty one was that items would appear in the dungeon, but I could not pick them up. It was like they were not there. But they were displayed.

Next I tried to test out whether unique items dropped by unique monsters might get picked up by regular monsters. Was unable to set up a scenario to test this. However I did find that some unique monsters did not drop unique itesm when they should have. This is another bug to track down.
No comments: 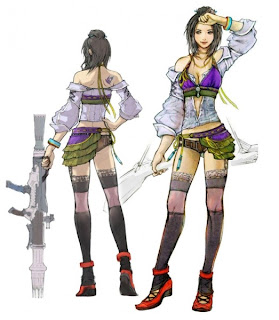 I have been sick for a few weeks. So my work on the roguelike game engine has been on hold. I need to get back to it. Finally I am feeling a little better. Perhaps tonight I shall fire up the IDE and knock out some action items.

Today I did put together my Xbox 360 gaming setup. The main TV is too busy for anyone to play our new Xbox 360 with Kinect. So I bought another big screen TV. Just been too sick to clear some space downstairs and set it up. Today I hooked up the Xbox 360. Played some Final Fantasy XIII too.

I am meeting the characters of FFXIII. There is a dude named Snow who seems tough and attacks by punching the opponent most of the time. Then there is some other chick who is scantily clad, and just leans back and sticks her crotch out most of the time. I don't complain too much. She heals other plays often during her turn.

Finally I saw some talk about scheduling the 7DRL Roguelike Challenge for this year. I plan to code up an entry in the Java programming language. With my newly learned skills, I should be a contender.
No comments: 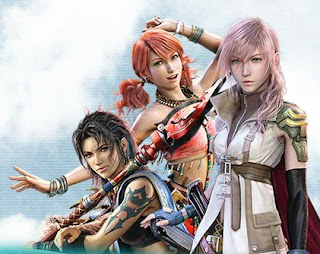 I was in Best Buy doing some shopping. Stopped by the XBox 360 aisles to see if there were any deals. A friend picked up a game for Kinect that was $40. I saw Final Fantasy XIII and had to get it. The thing only cost me $20.

I informed a friend that I got a great deal. Nope. Apparently you get get the game for $10 elsewhere. Oh well. I got through a few save points in the game. Still on Chapter 1. I actually died once. Your party dies if the leader dies.

I agree that so far the game seems very contrained. You must follow the path and punch through the enemies there. I am still too early in the game to tell. The graphics are hot. The game feels true to the Final Fantasy brand.

Every time I attack and hit, I see the numbers representing the amount of damage I did. Perhaps I should implement something like this in my roguelike game engine.
No comments: 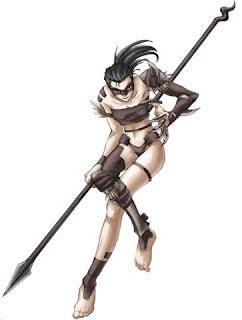 I just added unique weapons to my roguelike game engine. There are only a handful of them now. You never run into these weapons by just wandering the dungeon. You must defeat specific unique monsters. That causes the unique weapons to appear.

The explanation is that the some unique monsters carry unique weapons. They drop them when they die. The power of some of the uniques I got requires you to find and wield the unique weapons. Now that I got this done, I should be able to easily add unique armor.

I still need to do some testing on the unique weapon generation code. The unique monsters that carry the weapons occupy the lower levels of the dungeon. I have yet to implement any dungeon levels other than 1.

Looks like I know what feature I need to implement next. Then I test.
No comments: