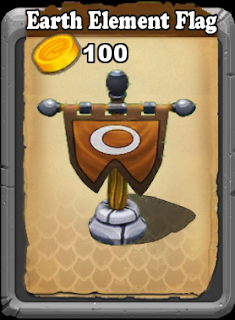 I am totally hooked on this new game for my iPhone. This is Dragonvale. Your goal appears to be to spawn a lot of different dragons. Toward that goal you need to gold, dragon food, and habitats. Previously I had a whole fire nation of dragons. They produce gold quick. But their maximum is capped and that is getting in the way.

Now I am trying to raise up some dragons for my earth habitat. What better way to do that than get some Quake dragons in there. While waiting for some quake dragon eggs to hatch, I tried to also breed a Sandstorm dragon for fun. The sandstorm eggs look like they are a combination of air and earth elements. Fine. I got both those dragons.

I chose my air dragon first. Next I wanted to choose the earth dragon to mate with it. No luck. It was grayed out. At first I thought this was a bug. Then I thought perhaps one dragon was too much older than the other. I fed my air dragon to raise its level. No help. Finally I searched on the web for a solution.

It turns out that air and earth are opposite elements. They never mix directly. I had to first create a hybrid dragon that was half of one of those elements. Then I could mate the hybrid with the other element. I tried this, but the result does not look like it will be a sandstorm dragon. The egg had a long incubation period. I might be getting another Moss dragon. Great.
No comments: