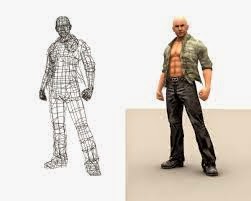 I am following this magazine article on starting out in Unity Development. Current installment starts out describing the parts of a 3D scene:
There are four types of lighting in Unity. One example is a directional light.

To understand meshes, we should start at the bottom. Vertexes define a polygon. The polygons make up your object. A mesh is a collection of the vertexes. Another name for mesh is model. You create your model outside of Unity with a product like Blender.

Shaders are code that describe how light interacts with your object. For example, your shader might project an image onto your object and show how shadows are formed.

Unity handles some of the movement details that I recall implementing in my last game by hand. Objects just don't jump around from one position to the next. The move slowly through each frame. This move is called tweening.

There are four coodinate systems to describe an object or point posisition in Unity:
Finally I will mention in passing that there are two particle systems available in Unity. There is an old one. But a new one called Shuriken is also available. The name sounds cool at least.
No comments: 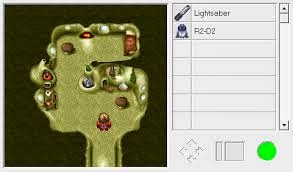 Yoda Stories is some game from the 1990s. Just read an article on how Zack Barth reversed engineered the game's file format. The techniques used were very informative. He had played the game into oblivion. He uses deduction to figure out what is in the files, and how to read the data from them.

One real treat is how he finds the uncompressed image data. The he goes on to compare images that he extracts to what he sees in the game. The breakthrough is when he stumbles upon a color palette that makes all the extracted images looking good.

I will give one spoiler. Zack talks about, having full knowledge of the data files, being able to rewrite the game with some changes. Sounds like a nice project.
No comments: