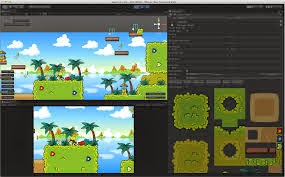 I read another article on Unity development, and thought I should record some of the things I learned in case I need to come back to do some Unity game development. Here is something strange. Unity started out as a 3D development tool. They only later included support for 2D games in version 4.3 of their product. Seems backwards.

You import images into Unity as sprites. Heh. Not quite sure what sprite means in this context. But it apparently is something more than a texture. Those objects are then Sprite objects. Not sure what the Sprite class/object can do. You can also create a spritesheet, which is a file that has many images.

When doing 2D development, you have a choice of two different cameras. One is the perspective camera. It shows depth like human vision works. The other is the orthographic camera, which lacks depth.

Finally the GUI in Unity is being rewritten as we speak. Estimated release to happen in version 4.6. Right now you work with something called the legacy GUI. In the legacy GUI, the GUI objects are visible in the game view, but not in the scene view (which I suspect is the development mode). Ouch.

The conclusion of my reading was that there is a whole lot to learn about game developemnt with Unity, even for 2D games.
No comments: 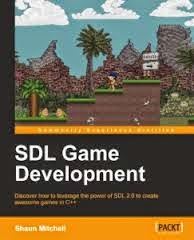 I have a day job. It pays the bills, and then some. It is development. However it is not game development. Recently my company purchased me access to Books 24x7. That's a web site that provides me with access to eBooks. A lot of them.

Right now I am reading an eBook on WordPress, because that's what I am studying at school. However I looked at the latest book releases on the site. There was a book on game development with Unity and Blender. Seemed a bit interesting.

Then I did a search for books on game development. Whoa. There were over one thousand hits. I have hit the technical book jackpot here.These are some books on page one of my query results:
I am going to have to spend a lot of time just figuring out which of these delicious books to read next. There is not enough time for me to go through all the hot titles. Heck. I don't know if I even need to continue going to college. I can learn all this stuff by reading the books.
No comments:

Lenovo has started a contest that it announced on Reddit. They want you to create an 8-bit graphics style game. It is supposed to be based on Brad Blevins from the web show Tough Seasons. Brad is a cowboy hat wearing dude dressed in orange. Mkay.

Contest had some mickey mouse prize. $500 gift card or something. The cool thing is that I played one entry, Brad's Slapdown, which was tons of fun. You just slap this Lenovo computer. The fun is to buy power ups that increase your slapping power.

Check it out.
No comments: 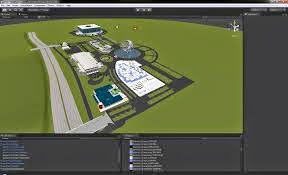 I read an article about the Unity game engine/framework. Thought I better jot down some notes so I can remember what I read. You design games with Unity. It supports two or three dimensional games. However it does not provide asset creation functionality. For that you need Photoshop or 3D Studio Max or Maya. As you may know, those programs cost $$$.

You can purchase assets in the popular Unity Asset Store. You write your code for Unity in JavaScript or the C# programming language. The Unity game engine itself is written in C++. The game engine requires the dot net framework to run. You can choose a target of Windows standlone that generates executables and DLLs. You need a Visual Studio plugin called UnityVS to debug games with the IDE.

Now for some Unity terminology. Packages contain resources. Your game is broken down into levels called scenes. You add GameObjects to your scenes. And you add Components to your GameObjects. Make sure you use Unity to modify your game. Don't hack the files you find in the folder created by Unity.

Click the Play button in the Game tab to run your game. Beware that while the game is running, you are in a special mode, and changes to your game are not saved. That feels like a bug. 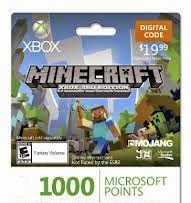 Microsoft is buying Mojang for a whopping $2.5 billion. This is to get their hands on the Minecraft empire. Some players are unhappy about this arrangement. I doubt that Notch is sweating it. He is making out with a boatload of cash. Plus from his posts, it seems like he is tired of being the Minecraft poster boy.

What I really want to know about this deal is whether it is just the purchase of the Mojang company, or if Notch is also selling the rights to Minecraft. He holds the IP and leases it to Mojang each year. If he continues to receive the licensing fees from Microsoft on top of his share of the $2.5 billion, then this is the most epic win.

I personally could never get into Minecraft. Had some problems downloading it to my PC. The mobile version worked better for me. But after running around in the Minecraft world for a while, I failed to see the excitement.