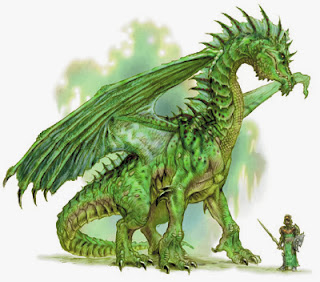 I've been playing The Legend of Green Dragon for a while. Recently I made a strategy change. Instead of fighting opponents my own level, I have been beating up on the little guys. They call this "slumming" in the game. This means that I hardly ever die. Sure the gold and XP gain is lower. But I live to see another day.

Finally I maxed out my armor and weaponry. I continued to beat up on the lower level opponents. However the game got to a point where I was forced to face a green dragon. The thing had around double my health points. I came out firing with all my special abilities. It was no use. I was beaten pretty badly.

The real disappointment was that I lost all my gold. I have saved up a stack. Damn. Time to regroup and try beating up on the little guys again. In a strange twist, I ended up in a new town after the defeat at the hands of the dragon.
1 comment: