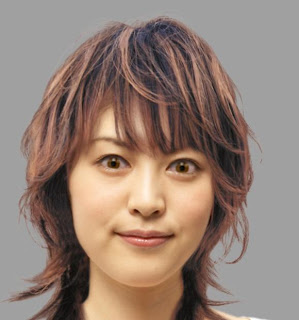 I just stumbled upon this web site of a weird girl. On the web she is known as creepy girl. Her eyes track your mouse pointer. At first some thought this was a hot 3D rendering. However that theory has been debunked. It is really a bunch of photographs that are layered to look like 3D.
No comments:

I got an iPhone this past year. The apps looked just too delicious to pass up. I downloaded some that my friends had. Then I searched for some myself. I also tried out some apps that were on the top of the popular lists. Finally I tried out Rogue for the iPhone.

Now all of the elements of a roguelike were in there. But the game did not keep my attention. I think the problem was the navigation. One of the fun things about roguelikes is the ability to control actions through the keyboard. The iPhone usually wants you to touch the screen to perform actions. This just did not translate well for the Rogue game.

I have since removed the app. Not sure if it was a free one, or a trial one that would require payment later. Either way I was not going to play it. Perhaps there will be an Angband port to the iPhone some time in the future. I would give it a try. But it needs to come strong.
No comments: